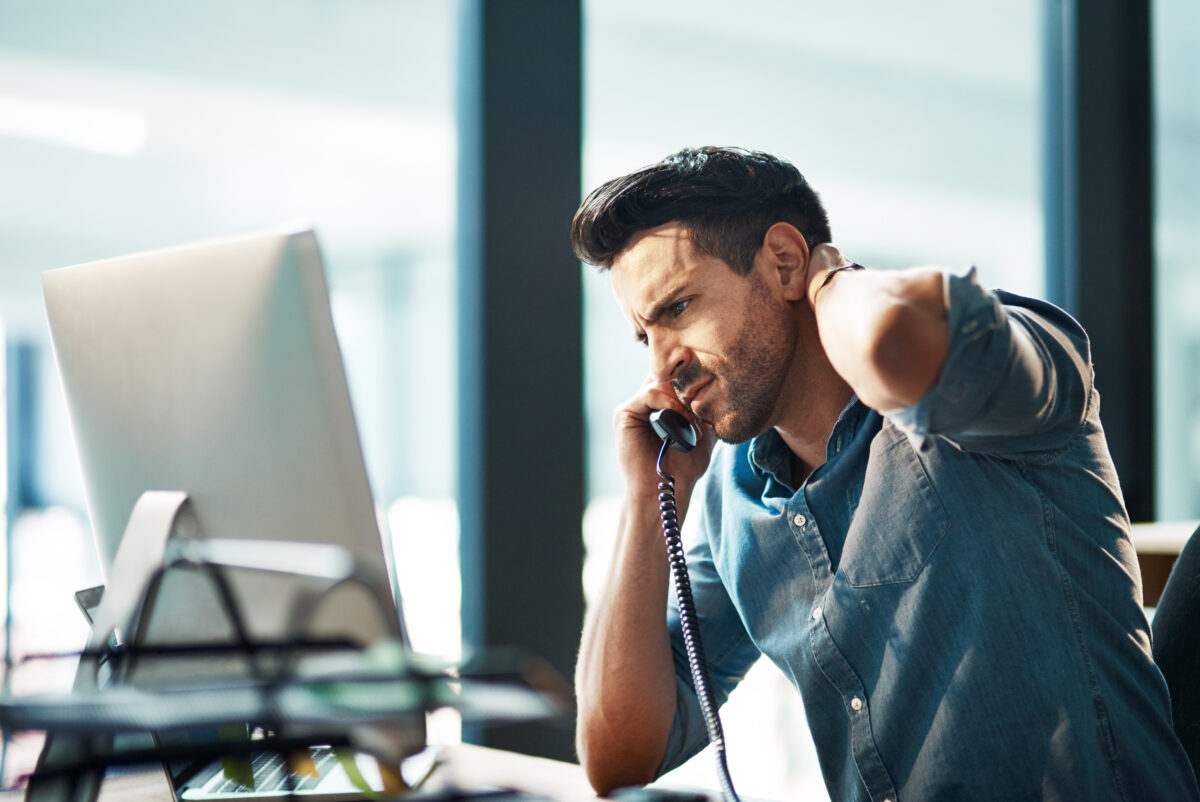 Neck pain is a common musculoskeletal disorder in adults, and up to two thirds of the population will have neck pain at some point in their lives. Neck pain that becomes chronic is a major cause of morbidity and disability and can impact an individual’s physical and psychological health.

There are two major categories of neck pain, axial pain and radicular pain. Axial pain is mainly felt in the back of the neck and may also be felt in the shoulders. Radicular pain starts in the neck but radiates or shoots along the nerves up into the head or down the arm and even into the fingers. These symptoms may worsen with neck positions, and there may also be associated numbness and tingling in the arms or hands.

Axial pain is also called non-specific neck pain. It may be due to a traumatic event such as whiplash, where there is a sudden acceleration-deceleration of the neck. More commonly, however, it has a postural or mechanical basis. Axial pain affects about two thirds of people at some point in life. It is most common in middle age and more women are affected than men. Axial neck pain has been shown to be associated with a number of factors including poor posture, repetitive movements of the head, strenuous physical activity, higher body mass index, smoking, low job satisfaction, anxiety and depression.

Axial neck pain is diagnosed based on history and physical examination, and x-rays or MRI of the cervical spine may be used to rule out other causes of neck pain. A variety of treatments are used to help with axial neck pain including analgesics, non-steroidal anti-inflammatory (NSAID) medication, muscle relaxants, massages, manual therapy, stress management techniques, sleeping neck support, and therapeutic ultrasound.  Strength and postural proprioceptive exercise programs in conjunction with some form of analgesic or NSAID medication have the strongest evidence of effectiveness. Other treatment modalities, although commonly used in the treatment of axial neck pain, have poor evidence to support their effectiveness. This lack of evidence for other treatments is likely due to the high variation in the underlying causes and factors which perpetuate long term axial neck pain.

Shooting pain which starts in the neck and radiates down the arm is called cervical radiculopathy.  Cervical radiculopathy is a less common cause of neck pain, approximately 180 in 100,000 people will experience this type of neck pain each year. The shooting pain with associated numbness and tingling in the neck, shoulders, arms and hands is due to compression and subsequent irritation of the nerves where they exit the spine. This can be caused acutely by herniation or bulging of a vertebral disc in the cervical spine. The majority of the time, however, radiculopathy is due to degenerative changes which occur in the cervical spine with age. In these cases, the breakdown of the vertebral disc causes loss of disc height, leading to narrowing of the neural foramen where the nerves exit the spinal column. This loss of disc height puts more strain on the intervertebral joints as well as the vertebral bodies, leading to a reactive bony overgrowth in these areas. This overgrowth may cause further narrowing of the neural foramen causing more nerve compression and irritation.

Cervical radiculopathy is diagnosed by a combination of specific physical examination maneuvers, x-rays and MRI of the cervical spine, and electromyographic studies to test the health of the peripheral nerves. Non-operative treatment consists of immobilization, traction, physical therapy, a short course of oral steroids and longer term NSAIDs. The cornerstone of non-operative treatment is physical therapy, which focuses on postural correction, strength training and stretching of the neck muscles and may also include traction to relieve pressure on the affected nerves. NSAID medications are effective in the management of pain as well as to decrease inflammation at the site of nerve irritation. NSAIDs and physical therapy have the strongest data to support their therapeutic use. A short course of oral steroids is sometimes also used, although there is insufficient data to support its therapeutic value. Cervical epidural steroid injections may also be used, which allows for local delivery of high dose steroids to the site of inflammation. There is very limited data to support the effectiveness of steroid injections when compared to injections with local anesthetic alone, however they are commonly used in clinical practice. A combination of these treatments generally yields the best results, and people with these symptoms do not require surgery in up to 90% of cases.

Neck pain affects up to two thirds of people at some point in their life and can be due to a variety of underlying causes. Most neck pain improves with NSAIDs and physical therapies to strengthen neck muscles and improve posture. However, in some cases neck pain may persist for many years and cause persistent morbidity and disability.

The Effects of NSAIDs on Muscle Adaption to Exercise
Tendonitis: Causes and Treatment
The Role of Exercise in Reducing Inflammation
Share this: Share on FacebookShare on TwitterShare on LinkedinShare on Pinterest