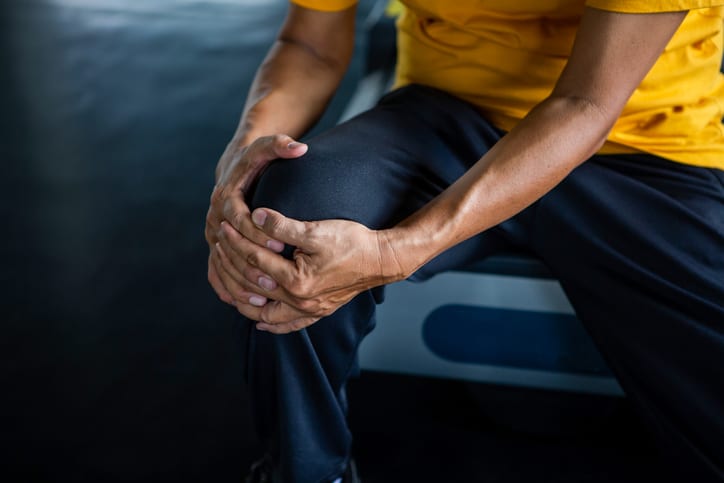 An autoimmune disorder, rheumatoid arthritis affects 1.3 million people in the United States, generally impacting women at a higher rate than men1. Typically, it causes swelling and pain in the joints and can become severe enough to affect vital organs such as the heart and the lungs, causing increased stiffness, pain, fevers, and anemia1. Because this disease is a result of the body attacking its own cells due to a defunct immune response, there is no known cause for rheumatoid arthritis1. However, there are some known risk factors that increase the likelihood of developing this autoimmune disorder2.

Xu and Lin (2017) conducted an in-depth analysis to understand the risk factors of rheumatoid arthritis in the United States3. The researchers found that the most prominent risk factors that increase the likelihood of someone developing rheumatoid arthritis are smoking, diabetes, obesity and osteoporosis3. Older adults above the age of 60 are also at a higher risk of developing this disease3. A common thread between many of these risk factors is that they typically give rise to increased inflammation in the body3. In addition, Xu and Lin (2017)  also noted that certain social factors such as poverty played a role in the onset of rheumatoid arthritis3.

As a rather complex chronic disease, with no clearly known cause, there is no real cure for rheumatoid arthritis; instead, medical professionals target the disease using symptom reduction treatments and therapies4. Bullock et al. (2019) provides a detailed overview of the treatment options currently available for alleviating some of the symptoms of rheumatoid arthritis4. Most commonly, treatment begins with corticosteroids and nonsteroidal anti-inflammatory drugs (NSAIDs) with the aim of decreasing inflammation4. Following this first-line treatment, medical professionals then create a treatment plan  to slow the spread of arthritis throughout the body, using mostly slow acting drugs like methotrexate; this primarily controls the arthritis, keeping the autoimmune response from reaching vital organs4. In addition to corticosteroids and NSAIDs, many disease-modifying antirheumatic drugs (DMADs) such as hydroxychloroquine or sulfasalazine are also typically used for long term treatment of rheumatoid arthritis, slowing inflammation and the progression of the disease4. Whittle et al. (2012) also adds that opioid analgesics can be used for people experiencing rheumatoid arthritis5. This form of pharmacotherapy has been shown to be most optimal in short-term treatment, primarily working to decrease pain in patients; however, using such opioids can also lead to adverse side effects, so it is not as common as the previously mentioned medications5.

Although pharmacotherapies are the most prevalent treatments for rheumatoid arthritis, there are other therapies such as physical and occupational therapy that can help with managing this autoimmune disorder4. These therapies usually help with joint mobility, as well as with strengthening the muscle around these joints4. Medical professionals tend to couple these with pharmacotherapies for the most optimal results4.

Rheumatoid arthritis is clearly a complicated disease and requires detailed treatment planning by medical professionals for adequate management. As more is learned about the autoimmune disorder, more effective treatments and therapies than the ones known today can be developed in order to target the root cause rather than to target the symptoms.

Statistics, and You. Retrieved from https://www.healthline.com/health/rheumatoid-arthritis/facts-statistics-infographic#1

Surgery vs. Conservative Care for Persistent Sciatica
Rehabilitation After Sports Injuries
Tendonitis: Causes and Treatment
Share this: Share on FacebookShare on TwitterShare on LinkedinShare on Pinterest