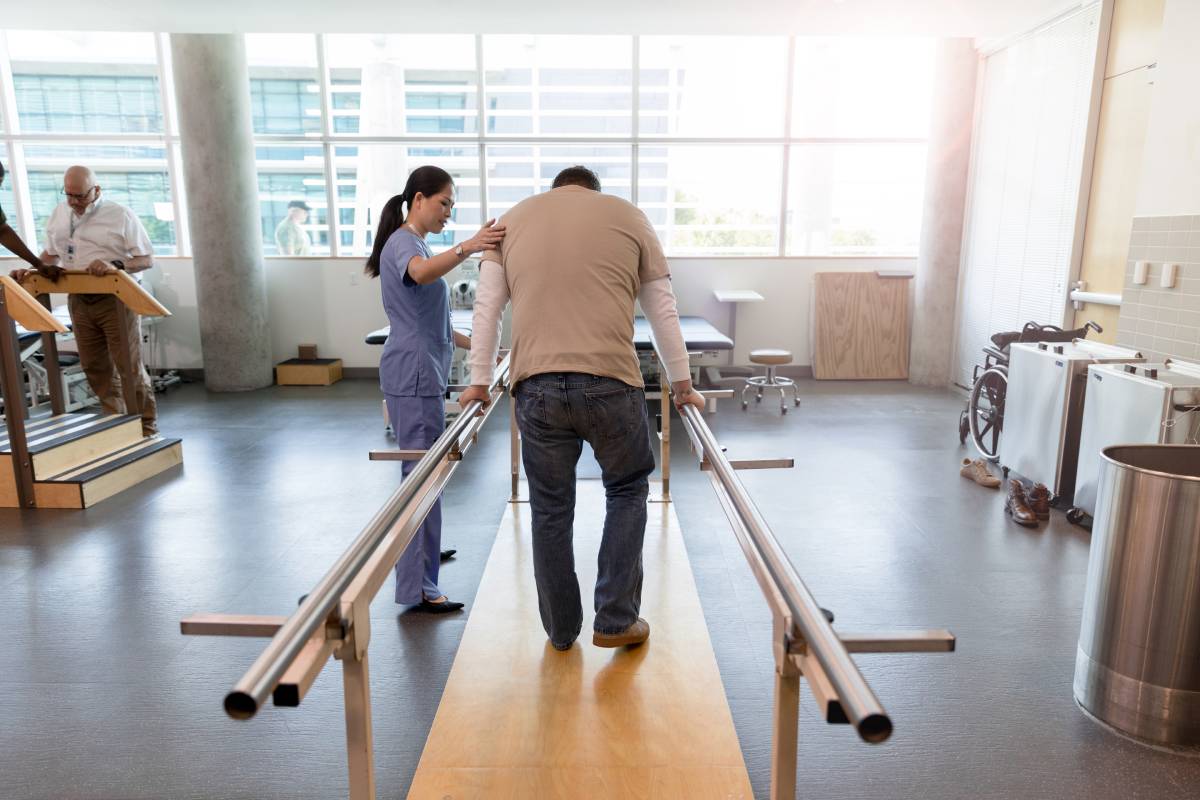 When blood flow to the brain is interrupted during a stroke, a person may be left with a range of cognitive, physical, and emotional challenges — from speaking and memory problems to paralysis, weakness, and depression. Severity and recovery times range widely, and stroke remains a leading cause of disability. While much progress in rehabilitation can be made one to three months post-stroke, significant improvements six months after stroke are rare. Physiatrists, neurologists, and physical, occupational, and speech therapists help craft rehabilitation regimens for patients, but most do not experience a complete recovery. Researchers are continuing to explore new therapies that may expand current expectations surrounding the limits of long-term improvement.1 The necessity of multimodal rehabilitation to optimize treatment is particularly well-recognized.2

A recent randomized controlled trial, published in April 2021 in The Lancet, reports that those with loss of upper extremity functioning at least nine months after stroke benefited from vagus nerve stimulation (VNS). In what is being called a “pivotal” trial, completed across 19 stroke rehabilitation centers in the U.S. and U.K., VNS was administered alongside physical or occupational therapy in 108 patients and resulted in a two- to threefold improvement in arm and hand functioning when compared to results from rehabilitation with placebo stimulation.2

The vagus nerve, a long nerve that controls parasympathetic responses by connecting the brain and the gut, is known to impact neuroinflammation and neuroplasticity.3 The authors of the Lancet article suggest that the brain can be “rewired” to learn therapeutic movements more successfully when small electrical pulses are delivered to the vagus nerve by a cuff implanted under the skin near the clavicle.2

This novel therapy is not the only form of stimulation for improving post-stroke functioning. Two broad forms of non-invasive brain stimulation (NIBS) are being explored as ways of enhancing or suppressing certain aspects of post-stroke brain functioning. Transcranial magnetic stimulation (TMS) is a way of using magnetic fields to create new action potentials in nerve cells.4 Low-frequency TMS in conjunction with other forms of rehabilitation has been shown to benefit stroke patients — in one analysis, it was shown to help restore hand function, potentially by rebalancing the excitability of the brain’s hemispheres.5

Another NIBS technique, transcranial direct current stimulation (tDCS), delivers weak currents to the cortex to modulate the brain’s ongoing firing patterns. The tool is smaller and more portable that TMS and can be used during physical and occupational therapy.6 Previous studies have shown that tDCS helps patients suffering from post-stroke aphasia improve at naming objects.7 The ongoing TRANSPORTER2 study will determine how tDCS affects arm function when used alongside constraint-induced movement therapy (an efficacy-proven rehabilitation therapy).8 Overall, these NIBS techniques are excellently tolerated but vary in efficacy: the lack of fundamental knowledge about their underlying mechanisms makes it difficult at this stage to optimize their usage through personalized treatment.6

With these rehabilitation strategies still in development, the importance of other techniques is further emphasized. Two evidenced-based interventions include rhythm-and-music therapy and horse-riding therapy. The former uses engagement with music to prompt cognitively demanding forms of movement and dance, while the latter can produce sensorimotor experiences that have been shown to benefit stroke survivors by helping them restore a normal human gait. Perception of stroke recovery has been shown to be higher with these two forms of therapy than with controls.2 Most recently, researchers are seeking to determine whether virtual reality environments can augment the usage of these techniques to improve rehabilitation.10 In the late phase after stroke, patients continue to face challenges with movement and cognition. Multimodal interventions may help address the current limitations surrounding their recovery.2

Rehabilitation After Sports Injuries
Tendonitis: Causes and Treatment
Surgery vs. Conservative Care for Persistent Sciatica
Share this: Share on FacebookShare on TwitterShare on LinkedinShare on Pinterest