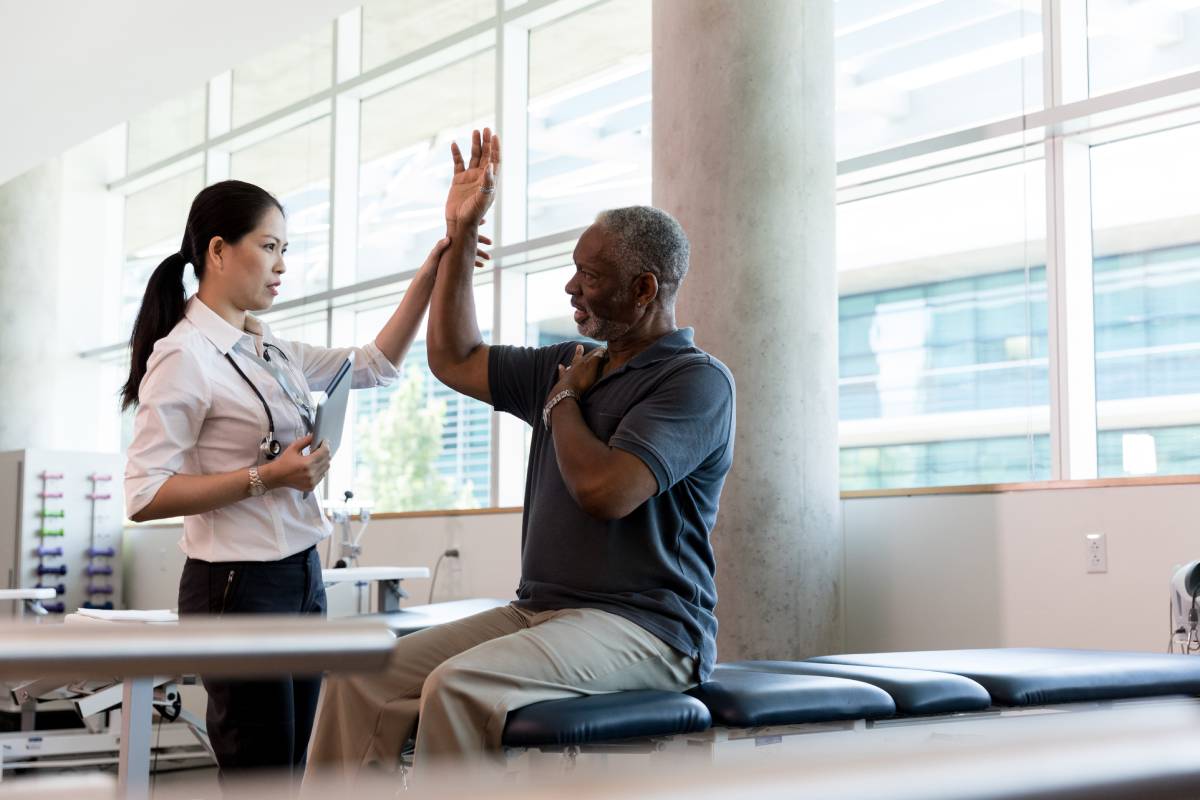 Kinesiophobia, or a fear of movement and reinjury, affects a number of patients following musculoskeletal injury. Levels of kinesiophobia are measured by the Tampa Scale for Kinesiophobia, a brief, reliable, and valid psychometric assessment tool originally developed to measure the fear of movement among individuals suffering from lower back pain 1. Kinesiophobia tends to result in behaviors which slow down rehabilitation and return to normal function. As such, kinesiophobia may play a role in the context of musculoskeletal injuries, as well as in the context of non-traumatic arm, neck or shoulder conditions – leading to hypervigilance with regard to bodily sensations, in addition to varying degrees of disability and depression.

A physiotherapy study found that high levels of kinesiophobia, catastrophizing, somatization, and a long duration of complaints at baseline were clear predictors of non-recovery from non-traumatic arm, neck and shoulder complaints 2. Indeed, patients who develop chronic complaints more frequently have a higher baseline kinesiophobia score than patients who remain healthy or recover swiftly. Consistently, another recent study found that kinesiophobia was positively associated with catastrophizing, a number of comorbid musculoskeletal complaints, disability, modest levels of social support, and acute levels of distress 3 – further highlighting kinesiophobia’s link to and importance of social and psychological factors in musculoskeletal health. Interestingly, these variables associated with kinesiophobia at baseline appear aligned with fear-avoidant behaviors – overall however, studies have shown that other psychosocial variables, such as in the form of worrying and somatization, were more potent predictors of poor clinical outcomes following arm, neck, and shoulder ailments than kinesiophobia alone 4,5. Therefore, no clear nor consistent conclusion can yet be drawn as regards the prognostic value of kinesiophobia and fear avoidance in the context of musculoskeletal injury and/or pain.

Most recently, a 2021 study revealed that kinesiophobia was associated with a heightened fear of movement, reduced physical function, and diminished health-related quality of life among patients suffering from functional ankle instability 6. This pattern can also be extended to the general population of people with musculoskeletal injuries. It is thus important to include these elements in patient assessments in order to ensure a holistic and multipronged approach to patient rehabilitation. Consistently, despite a certain degree of heterogeneity across studies, and although this effect may decrease with age, multimodal therapies appear more effective at reducing kinesiophobia than does a unimodal physical or psychological form of therapy alone 7.

In conclusion, as has been previously validated in the context of chronic low back pain, non-recovery from musculoskeletal conditions in general may be tied to cognitive and behavioral factors linked to the persistence of pain and a certain degree of kinesiophobia 8. Future research should assess how other factors commonly linked to pain, such as a decreased range of motion and/or compromised muscle strength and activation, might contribute to the manifestations of kinesiophobia 9. In the end, patients suffering from kinesiophobia following musculoskeletal injury are likely to benefit from a complex, multidisciplinary treatment approach that nourishes a healthy mindset and coping strategies.

9. Hudes, K. The Tampa Scale of Kinesiophobia and neck pain, disability and range of motion: a narrative review of the literature. J. Can. Chiropr. Assoc. (2011).