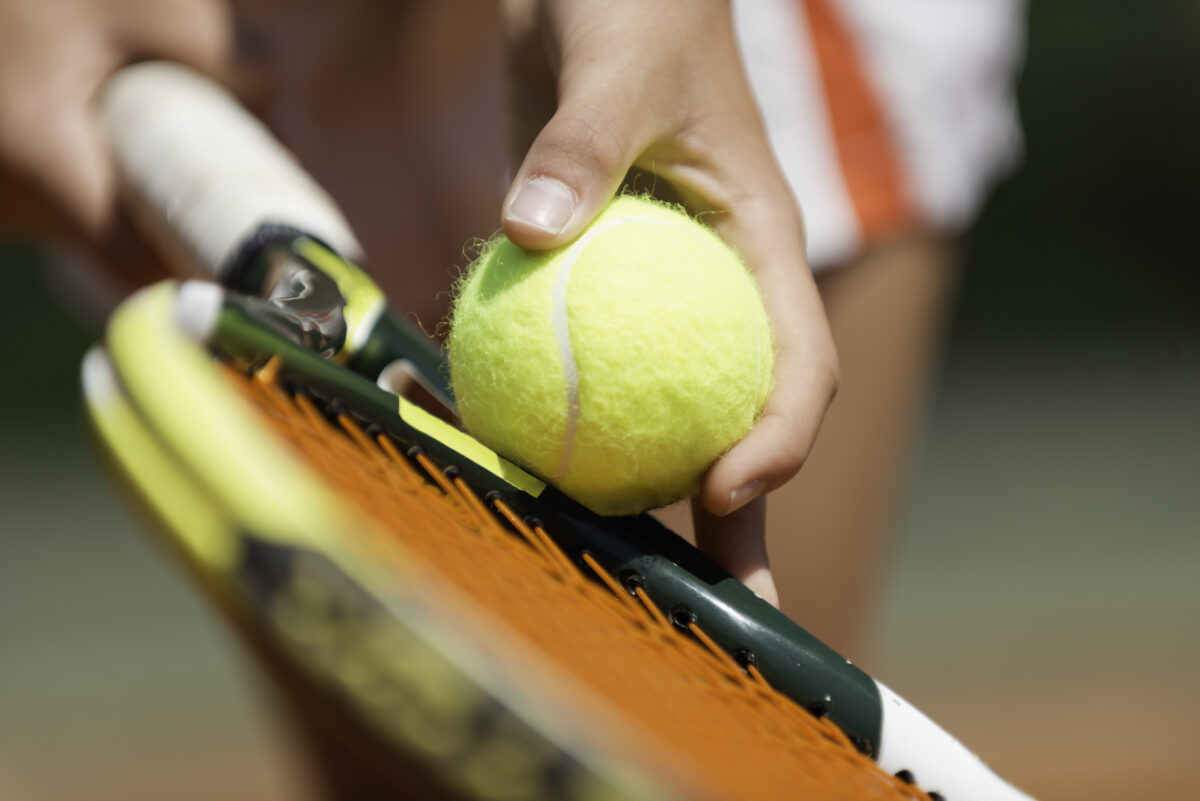 Tennis elbow, also known as lateral epicondylitis, lateral epicondylopathy and rower’s elbow, is characterized by pain at the lateral elbow. Tennis elbow afflicts between 1% and 3% of the general population at any given time. Tennis elbow most commonly occurs in people between the ages of 45-55. An increased risk of tennis elbow is associated with manual work involving repetitive bending and straightening of the elbow, and a history of rotator cuff pain, carpal tunnel syndrome and oral glucocorticoid use.

The elbow joint is made up of the upper arm bone (humerus) and the two forearm bones (radius and ulna). At the distal end of the humerus there are two bony prominences called epicondyles, one on the inside (medial epicondyle) and one on the outside (lateral epicondyle). Tendons attach to these epicondyles, and the tendons which extend the wrist and fingers attach to the lateral epicondyle. The tendons of five muscles originate at the lateral epicondyle; extensor carpi radialis longus and brevis, extensor carpi ulnaris, extensor digiti minimi and the extensor digitorum communis. These muscles are activated during dynamic stabilization at the wrist and wrist extension, and much of the force during these movements is transmitted through the muscle and tendons to the lateral epicondyle. Over time this causes microscopic tears in the tendons, and the consistent tearing and repair process weakens the tendon and can lead to larger tears and structural failure of the extensor tendons. The mainstays of treatment for lateral epicondylitis are bracing and physical therapy, additional treatment options include medications, injections and surgery.

Bracing has been shown to be effective in the treatment of tennis elbow. Two common brace types are used, an epicondyle bandage (commonly called a counterforce brace) and a resting wrist splint. The counterforce brace works by providing pressure on the tendons below the elbow, which decreases the amount of tension on the lateral epicondyle. Resting wrist splints reduce lateral epicondyle tension by limiting the amount of movement at the wrist. Both are equally effective in the treatment of tennis elbow; however the counterforce brace is more commonly used as it is more practical and aesthetically pleasing. Bracing is often used in conjunction with physical therapy.

Tennis elbow is a common condition caused by repetitive strain on the tendons which attach to the outside of the humerus.  A variety of treatments are commonly used for this condition, and often multiple treatments are used simultaneously. The mainstay of treatment for tennis elbow is bracing in conjunction with physical therapy exercises. Other physical therapy treatment modalities have very limited evidence to support their use. Topical NSAIDs and steroid injections are also helpful in relieving pain in the short term; however steroid injections are becoming less common due to potential damage to the tendons. An alternative to steroid injections may be PRP injections; however due to high costs RPR injections are not generally used in first line treatment.